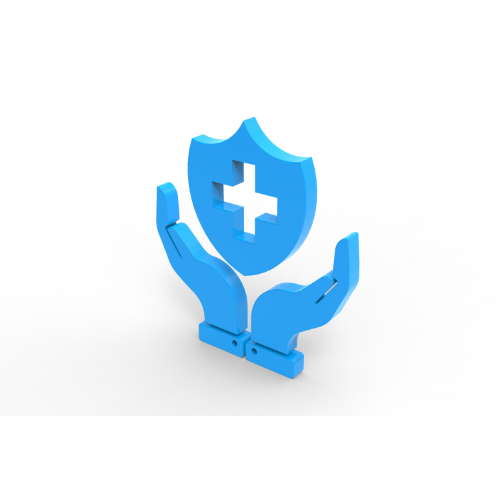 I’m new here. To help me get adjusted to my role at Kuzneski Insurance Group, and to get a grasp on all the terms that have been swirling around me, I’ve been compiling a glossary of health insurance terminology.

Turns out I’m not alone: Several surveys have revealed that most people don’t understand much about health insurance, as important as it is. One survey by Policygenius found that a whopping 96 percent of people could not correctly identify four common health insurance terms: “deductible,” “co-insurance,” “co-pay” and “out-of-pocket maximum.” (I have to say, it makes me feel somewhat better to know I’m not in the minority.)

So, with this in mind, I’m sharing my ever-expanding, alphabetized list of succinct definitions of some of the more common health insurance terms.

Allowed amount: The amount agreed upon between the provider and the insurance company for a service provided. It is almost always less than the billed amount.

Balance billing: Typically involving out-of-network providers, the enrollee is charged the difference between the billed amount and the amount the insurance company allows.

Co-insurance: The percentage of medical expenses you are responsible for after the deductible has been met.

Co-payment: A “co-pay” is the amount you are responsible for when seeing a doctor, picking up a prescription or visiting a medical facility.

Dependent: An immediate relative who is eligible to be covered on a health insurance policy. (Children generally qualify until age 26.)

Explanation of benefits: The cool kids call this an EOB. It’s a record detailing the amount a provider charged compared to what the insurance company will pay, and what you now owe. An EOB is issued for every claim, including prescriptions. It’s important to know that this is not a bill. That, unfortunately, comes later.

High-deductible health plan (HDHP): Type of health insurance that allows individuals to pay less in premiums and cover more health expenses through out-of-pocket deductibles. Typically, healthier people benefit most from such a plan.

Limited benefit plan: Plan that assists with things like doctor visits, prescriptions and brief hospital stays. Not a traditional health plan such as a more comprehensive major medical plan that would cover larger medical expenses.

Open enrollment: A period when a health insurance company is required to accept applicants without regard to health history. This usually starts Nov. 1 and runs through mid-January, but it varies by state.

Out-of-pocket maximum: The maximum amount that can be expected to be paid in out-of-pocket expenses in a plan year. Included are deductibles and coinsurance, but not usually premiums, prescriptions or co-pays.

Premium: The amount that must be paid for your health insurance plan after premium contributions are paid by an employer.

Primary care physician (PCP): A doctor who provides a wide range of medical services for a patient; the opposite of a specialist. Often known as a “family doctor.”

Qualifying life event: QLEs are major events (birth, death, marriage divorce, etc.) in someone’s life that allow them to make specific changes to their insurance policy outside of an annual open enrollment period.

What Plan Type is Right for You?