What If I Misclassify a Worker? 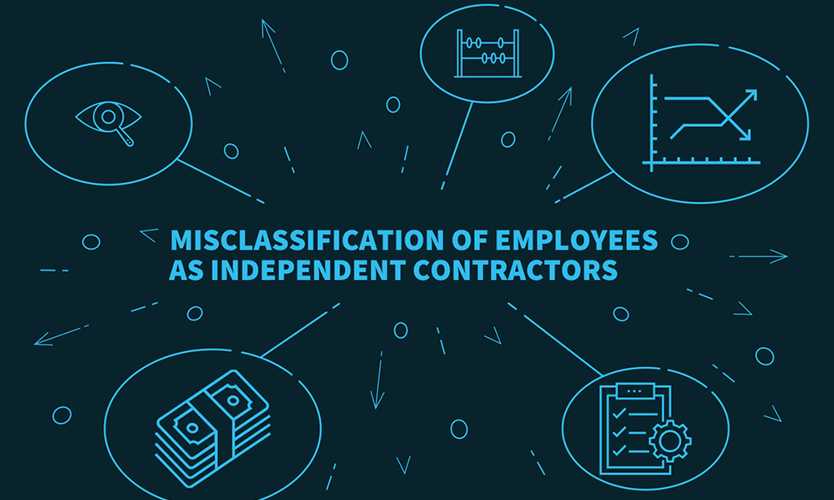 Whether it’s a willful violation of the law or an honest oversight, the IRS does not look kindly on misclassification of someone as an independent contractor.

Therefore, improperly classifying a worker as an independent contractor (known as a 1099 employee) can have serious consequences for an employer.

An employer could owe up to three years of back taxes on the misclassified employee’s wages, in addition to fines and interest. They will also owe back unemployment and workers’ compensation insurance. They may also owe premiums on other state-run insurance programs, such as paid family leave.

In a worst-case scenario, if the IRS suspects the misclassification was intentional, you could be facing criminal charges, with up to a year in jail and a hefty fine, according to SHRM.

And the independent contractor themselves may be audited and forced to repay any business deductions taken during that time.

“You have to look at the reasons behind why you’re doing it the way you’re doing it,” says Janice Fritz, an HR consultant with Kuzneski Insurance Group. “Are you doing it to avoid paying benefits or payroll taxes?”

If you are worried you have improperly classified a worker, there is a way to fess up: by using the Advance Determination of Worker Status, IRS Form SS-8. This form can only be used if an employer is not under audit. Under this program, if you’re found to be in the wrong, the tax liability can be reduced to one year.

Why I Need Life Insurance in My 20s

How Do Worker Classifications Affect My Business?