How To Avoid Suffering From Founder’s Syndrome 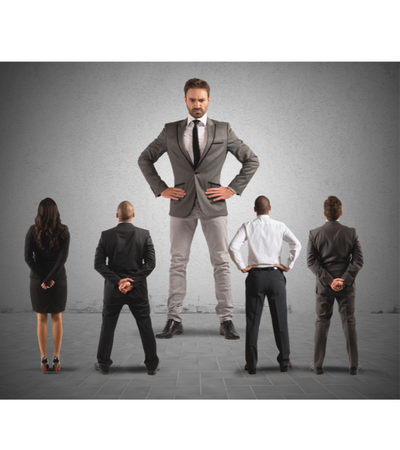 This piece was first published in the Pittsburgh Business Times Leadership Trust.

Any parent who has sent their child off to college can relate: After years spent nurturing and teaching, you start to feel like your kid doesn’t need you anymore. Likewise, an entrepreneur whose identity is intertwined with a company they started from scratch can experience similar feelings as “their baby” grows. They can feel as if they’re losing control of the business and, by extension, their identity.

This is known as Founder’s Syndrome. It’s what happens when a company grows and the founder just can’t let go of doing, well, everything. When you start a company, you must wear a lot of hats. You are intimately involved in everything, and you micromanage the company because you have to. Things happen efficiently, and you’re always in the know. The company, understandably, becomes an extension of you, and you tend to take everything personally. You may even make emotional decisions instead of logical ones.

You can run a company by yourself, to a point, but when you want to build it, you have to hire more people. As it grows and you develop management layers, you start to get more removed from the action. At some point, that may make you feel uncomfortable.

If you think about entrepreneurs, they are control freaks; they are visionaries; they are driven; they have traits that make them crazy enough to start a company out of an idea. That’s a very specific skill set that often doesn’t translate to managing and growing a company. After all, the Bill Gateses and Elon Musks of the world are very few and far between.

What is a successful approach at that early stage actually becomes problematic as you get bigger. The problem is that the founder often has trouble with this transition -- like the parent sending their child off to college. But it’s the right thing for the child, just like the next stage of growth is right for the company. 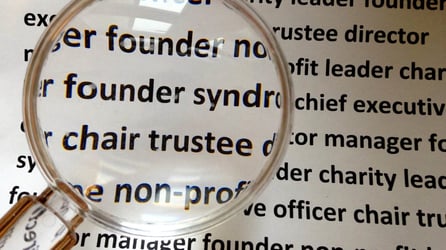 If the founder fights change, it can get in the way of a company’s growth. They want to grow, but they don’t like how the company is changing in the process. For some, the company is too tied to their identity, and it becomes their fiefdom. That can create a lot of challenges for the people working there. Employees tend to get micromanaged or frustrated over a frequent change of direction. And in this challenging hiring market, you can’t afford for this to happen.

Some entrepreneurs know from the beginning that they want no part of that next phase of business. Take the researcher or scientist who decides to launch a company but really likes working in a lab. They want the company to keep growing, and they are happy to hand it over to someone else to handle duties that they don’t have an interest in. That way they can focus on what they enjoy doing, which might be going back to the lab or even launching a whole other startup.

But others aren’t thinking ahead about challenges that will arise with a larger-scale operation, or whether they are even the right person to continue to run the company. All they know is they have run the company successfully to that point, and they don’t want to give up control or their way of doing things.

A lot of people start a business because they’re good at doing something. But just because you’re a world-renowned doctor or scientist doesn’t mean you’ll be equally capable of running a successful business. Sometimes ego gets in the way, and an entrepreneur may think the brilliance and creativity that helped them start a company will translate to being able to successfully grow that business. Think about it: An architect who designs an apartment building is probably not the right person to also run the maintenance department.

It comes down to understanding that your role must change as the company evolves. The skills necessary to run a company with five employees are far different than those needed in a business with hundreds or thousands of workers. Maybe a better option is to leave the company in favor of sitting on the board. Or maybe you’re better suited to be a consultant to the company. Recognize your superpower and focus on it.

Avoiding Founder’s Syndrome requires a measure of self-awareness. Ask yourself: Do I have the same passion for growing the business as I did for starting it? What will my job look like a few years from now? Are those responsibilities that I want or, for that matter, have the skill set to carry out? How many layers of management do I need? How many direct reports am I comfortable with?

Another consideration is whether you will need outside capital to fund your growth. If so, be aware that investors are very sensitive to the Founder’s Syndrome issue. In fact, before they agree to invest, sophisticated investors may negotiate a transition plan to replace the founder with someone they feel would be a better choice to take the company to the next level.

It is far better to prepare for the eventuality before it gets to be an issue. It’s like the familiar story of the frog that leaps from a pot of already boiling water to avoid becoming dinner. Yet that same frog doesn’t notice if the heat is instead turned up gradually. Eventually, it boils to death. Likewise, founders who don’t plan ahead often fall into this trap, not recognizing that they’ve developed Founder’s Syndrome. Those of us who invest in startups see this play out all the time – and it usually doesn’t end well.

Don’t be the frog!

Andy Kuzneski is President of Kuzneski Insurance Group, which offers insurance and HR solutions for growing companies and their employees. He is also Founder and President of Greyhawk Capital, a provider of equity capital and advice to seed and early stage growth companies, and has served on numerous boards of directors of both publicly-traded and privately-held companies, as well as numerous non-profits. In his spare time (what little there is) you can find him biking or skiing with his family, enjoying great food & drink, and reading science fiction.

All Work and No Play Makes Intern 2 a Dull Gal