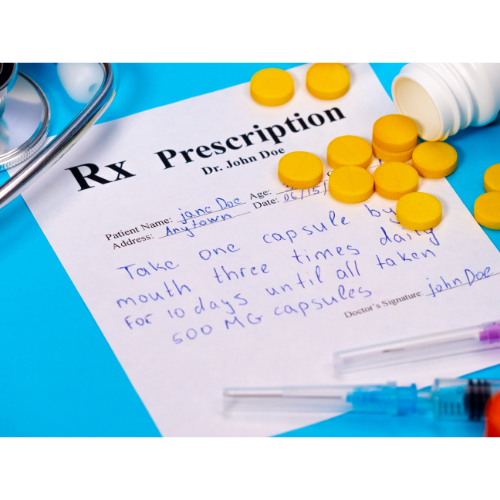 So, your doctor has prescribed you a medication for chronic hyperphagia (and you thought you just had a big appetite!). But how do you know if your prescription is covered by your health insurance and, for that matter, how much will it cost? Is there a generic available as an alternative to the more expensive brand-name drug?

The answers lie on your health plan’s Prescription Drug List (PDL), sometimes called a formulary. It includes both brand-name and generic prescription medications.

Because PDLs are fairly exhaustive, they are usually listed by general categories (antiviral, cardiovascular, gastrointestinal, etc.) and broken down into subcategories (analgesics, antidepressants, diuretics, etc.).

How do I read a PDL?

A prescription drug list is usually broken into three columns:

What if the drug is not covered?

If a medication is known as “non-formulary,” it means it is not included on the insurance company’s formulary, or list of approved medications. A drug may not be on the formulary because an alternative has been proven to be just as effective but less costly. If you and your doctor believe that the non-formulary medication is necessary, you will need to request an exception from the insurance carrier, or pay the full cost out-of-pocket.

What are drug tiers?

When you look at your health plan’s Summary of Benefits and Coverage (SBC), prescription medications are grouped into tiers that represent the cost you pay out-of-pocket, known as a copayment. Your copay is based on which tier the drug falls under. There are generally two copay amounts listed on an SBC: a lower one for in-network providers and a higher one for out-of-network providers. Most SBCs list up to five tiers:

Tier 1: Consists of generic drugs, which have the lowest cost. For those who have individual or family HMO plans, generic drugs are split into two tiers, 1A (preferred generic) and 1B (generic). Tier 1A are drugs prescribed to treat common chronic diseases such as high blood pressure and heart disease. Tier 1B includes all other covered generic drugs.

Tier 5: Carries the highest cost because these are specialty drugs that may not have a generic version.

Specialty drugs may require special handling, monitoring or approval. They are most commonly used to treat chronic diseases, such as rheumatoid arthritis or multiple sclerosis, or complex ailments such as cancer.

Mail-order drugs: While not a part of the tier structure, most SBCs also list the cost of drugs sent through the mail.

Not every health plan has the same tier structure, so it’s important to get familiar with the one your plan offers.

A brand-name drug is simply the name given to the drug by the company that manufactures it. A generic drug is chemically identical but is often different based on its inactive ingredients. An example is Lipitor, a brand name of a drug used to treat high cholesterol. The generic is atorvastatin, named after the active ingredient.

It never hurts to ask your doctor if there is a cheaper generic drug available for your prescription. Some health plans won’t pay for brand-name drugs at all if there is a generic available, leaving you to pick up the entire cost of the prescription.

Related: How To Read an SBC

What Plan Type is Right for You?