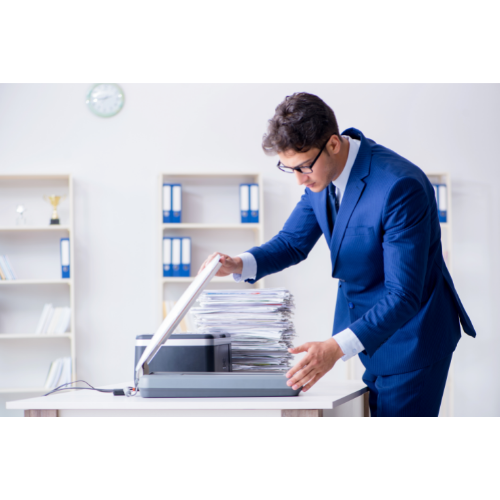 Certain supporting documents are required to verify employment eligibility when an employee fills out Form I-9, such as a driver’s license, passport, etc. But are employers required to make and keep copies of these documents? No. Should they? That’s up for debate.

When filing out a Form I-9, new hires must present original ID and work authorization documents to their employer to prove that they are authorized to work in the U.S. Employers must examine the documents to determine if they appear to be genuine and indeed belong to the employee presenting them before recording the document information, signing the form and returning the documents to the worker.

“There are two schools of thought on this,” says Janice Fritz, HR Consultant at KIG. “I personally subscribe to the school of ‘less is more,’ so I recommend not keeping copies. The proof that you saw the supporting documentation is the information you fill in from those documents on the I-9 itself. There is no right or wrong, but most seasoned HR people I’ve discussed this with fall on the ‘don't keep copies’ side of the issue.”

There are several reasons why you may want to copy and attach supporting documents to a Form I-9:

There are also reasons why you might not want to attach copies of these documents:

In some instances, employers have to copy I-9 documents to comply with E-Verify requirements or certain state laws. In that case, it’s best to copy these documents for all employees to help reduce the risk of a claim of discrimination.

If an employer is enrolled in E-Verify and an employee presents a document that requires photo matching, the organization must retain a photocopy of the document presented. Here is more information on using the E-Verify program for I-9s.

Why I Took a Gap Year